Getting you from A to B in Malta and Gozo with Buses, Taxis, Car Rentals, Boats, or Bicycles.

The great advantage of Malta is its small size; therefore, getting around is quite easy and fast.

Traffic in Malta drives on the left, just like in the UK and traffic signs are also in English. Being a small island the roads aren’t very large, rather  they are comfortable paths which adapt to the area.

Transport around the island is quite diverse. People mostly get around by car or bus, however there are other options like; taxis, boats, easy pedestrian walks and even a new cycling system.

Renting a car is a good option as it may be the most efficient way of getting to travel around the Islands and see the most of both Malta and Gozo. The benefit of doing so is that you can reach hidden spots that other kind of transport may not reach to. Car rental companies may be found in both in Malta and Gozo with daily rates that start from EUR 16 depending on the car model and period of rental. Needles to say car rental prices increase during peak periods.

Buses are the main method of public transport for the Islands. Bus services are rather cheap and you can purchase travel cards either online or in the multiple offices of public transport (Sliema, Valletta, Malta Airport, Mater Dei Hospital or in Victoria Gozo). Different cards are available depending on the timespan you’re planning on using them. The service of the buses is quite frequent and also travels around most of the Islands. The vast majority depart from the main terminus in Valletta, although there is usually a main bus stop in each locality. All towns have multiple bus stops allowing mobility within the same area.

Different taxi companies are present on both Islands thus tariffs may vary. Even though, on the whole the tariffs are quite similar between them as they usually calculate rates by zones. Another alternative although limited in zones that may be reached is getting a water taxi, which operates a shuttle service from Valletta to Vittoriosa, Senglea or Sliema. Boats are also frequently used both by tourists and locals. One of the most common is the regular ferry service that travels to Gozo carrying passengers and cars. Departures take place from Cirkewwa (Malta) and Mgarr (Gozo). The trip is easy-going as it takes around 20 minutes; the rates are fairly cheap and the frequency of the boats are approximately every 45 minutes. Visiting the smallest island, Comino, is again very common. Regular trips are made from Cirkewwa, Sliema, Mgarr (Gozo) and Comino. These ferries usually provide with a few extra site-seeing of the islands. 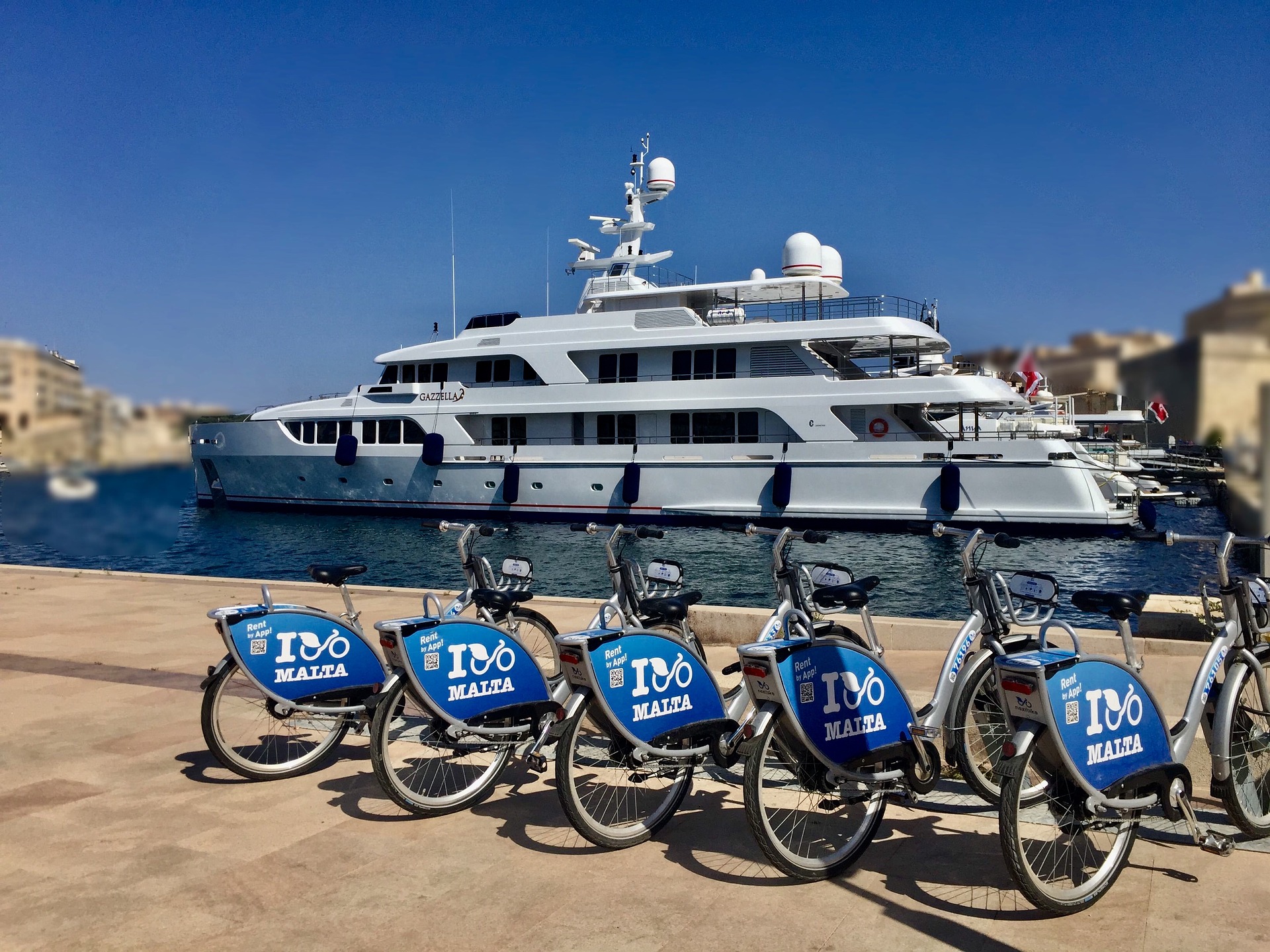 Finally but not last, walking and cycling around the Islands is always a flexible way of moving about. Malta provides some lovely promenades, such as the Sliema promenade which leads to St Julians and further onwards to Paceville and St Georges Bay. It’s a nice way of skipping traffic on weekends and saving some extra money.

Cycling is also a pleasant option in good weather. In early 2017, a cycling company ‘nextbike’ has introduced a bicycle rental system in Malta which is open to the general public. This alternative transport is of easy use; various localities among the Islands have small terminals in which you may pick up the bike, travel around and then return it back again against a charge.